A Room of One's Clone: The Pie of the Storm

A Room of ones Clone: Pie of the Storm is the eighth episode of Clone High. It was written by Phil Lord and Christopher Miller.

The episode premiered on Teletoon in Canada on December 15, 2002.

Joan's house is destroyed in a storm. Gandhi and JFK have a falling out over who gets to be the "pervert" of their friendship. Scudworth gets a robotic puppy, which makes Mr. B jealous. 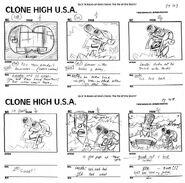 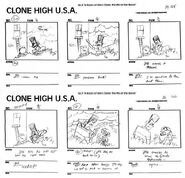 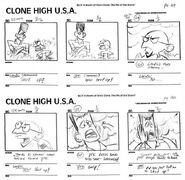 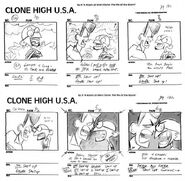