Nothing bad ever happens to the Kennedys!JFK

John Fitzgerald Kennedy (JFK) is a side character and a minor antagonist of Clone High. He is a clone of 35th President of the United States John F. Kennedy. He is voiced by Christopher Miller.

JFK is shown to be one of the most popular students at Clone High. He is shown to be on the basketball team, the track team, and field team. He speaks with mannerisms which mainly consist of pausing mid-sentence to fill the gaps with the words "er" and "uh". Throughout the show, JFK is initially shown to have a dislike of Abe Lincoln, which grows into a rivalry after Abe wins Cleopatra's affection. He is mainly portrayed as self-obsessed and ignorant at times, but is shown to be quite smart, should the situation call for it. In most of his appearances, he is shown to be quite popular with women, being swarmed by several at a time.

JFK is 6'0, and is usually seen in a red long sleeve polo shirt with a white stripe, tight khaki pants, brown loafers and socks. He has tall, full brown hair and a muscular physique. His eyes are slanted and are arc-shaped, but open to full circle shapes when he is shocked, excited or infuriated.

In the early development of the show, JFK's original appearance was more proportional, and appeared as a direct caricature of Kennedy. He wore the same outfit from his original character design in the TV series.

JFK is portrayed as a self-centered, egotistical, easily offended, arrogant, competitive, stubborn and short-tempered teenager who is obsessed with women, athletics and dirty jokes. He appears to be air-headed, vain and dimwitted. He also acts macho and stresses himself to be manly as possible. He is a notorious ladies' man, and shown to have a large sex drive.

Despite JFK's antagonistic (and often foolish) behavior, he has a more sensitive and nice side, which he tries to hide. He has cried out loud after losing Cleopatra and after his best friend Ponce died. In the series finale, he told Joan that he likes her when she's being herself.

JFK has a rivalry with Abe Lincoln, and makes fun of him on a regular basis. His animosity toward Lincoln increases when Abe begins pursuing Cleopatra, who he wants to have sex with. Typically, Abe and JFK would constantly be competing against one another for Cleo, though Abe was more reluctant. It is shown that JFK has nothing against Abe personally, and only competed with him because of Cleo. After Abe and Cleo become a couple, JFK clearly isn't happy, but later accepts it when he goes back to his womanizing ways. When Abe helped JFK cope with the loss of Ponce, they become friends of sorts.

JFK's feelings for Cleo were questionable. At first, he seemed to only want to sleep with her. They eventually end up dating, as it looks good for their image. He was rude to Cleo when they dated, and he would get annoyed by her selfishness. They would fight constantly and cheat on one another. After they broke up, Cleo went into Abe's arms, which annoyed JFK. He appeared as regretful for breaking up with her, and wanted her back. He seems to get over her, as he goes back to his usual womanizing self, and they remain friends. Cleo comforts him after the death of his friend, Ponce.

JFK appears to have a crush on Joan of Arc and constantly propositions her because of his perverted nature. In Homecoming: A Shot In The D'Arc, he questions his sexuality upon seeing Joan disguised as male, and makes advances towards her. She will typically respond by hitting or kicking him. As a result, he has a fear of her and flinches whenever she gets mad. Joan, for the most part, dislikes him because of his toxically masculine ways. She agreed to go to Winter Prom with him just to make Abe jealous. During the prom, JFK told Joan that's she's "a real knockout Betty - and an even better Betty when [she's] not faking being a slutty whore". They end up sleeping together in the flash freezer by the end of the episode.

At first JFK didn't like Gandhi, and made fun of him constantly. Gandhi, however, wanted to be friends with JFK in order to be popular by association. They are shown to engage in humorous activities together, such as fighting over boob jokes, JFK becoming Gandhi's manager, and JFK turning Gandhi into GFK. They appear to have become friends of sorts in later episodes.

Despite never appearing in any episode prior to the one he was introduced in, Ponce de León was shown to be JFK's best friend. JFK has a tattoo of the two of them, saying they are "two peas in a pod". JFK was distraught when Ponce died, and his mind even hallucinated Ponce's ghost. It was one of few times JFK allowed himself to be vulnerable, and was an instance in the show where he showed his more sensitive side.

JFK's mild homophobia is often most seen when he interacts with his "gay foster dads", Wally and Carl. He mentions to Mr. Sheepman over the crisis hotline that they are one of the major factors behind his compulsion to be a womanizer (in addition to living up to his clone father's reputation). JFK announces to his parents that he was planning on sleeping with Joan when she came to offer to help him win the student presidential election. It's possible that he believes that by acting as "manly" as he does, he is "countering" his foster dads' homosexuality. However, in Homecoming: A Shot In The D'Arc, he questions his sexuality, and asks to watch Will and Grace with them, because he's thinking of "switching channels", due to being attracted to Joan disguised as a man.

Caesar is one of JFK's friends; the two are often seen hanging out.

Catherine is one of girls who is involved with JFK. She is seen making out with him in Film Fest in the film room, and attends the Winter Prom with him (alongside Joan and the Bronte sisters). He calls her Catherine the So-So, a pun meaning that she is mediocre at sex.

JFK can be compared to his clone father, John F. Kennedy in some ways, such as being incredibly charismatic. He is very popular with the ladies, and speaks with a thick Boston accent. He is also called "Jack" by his friends, which was the nickname of the real John F. Kennedy. JFK, like Cleo, believes he is doing a good job living up to his clone-father. His plan to live up to John F. Kennedy is by being a womanizer. Although, JFK can be seen as dimwitted and petty compared to the high intellect and compassion of the real John F. Kennedy. JFK has a great ass. The real Kennedy had reddish brown hair but the clone of JFK has very tall, dark brown hair. JFK also appears to be healthy and robust, which contrasts with the real JFK, who suffered from a variety of sicknesses, including Addison's disease. 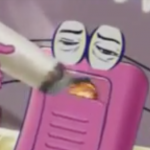